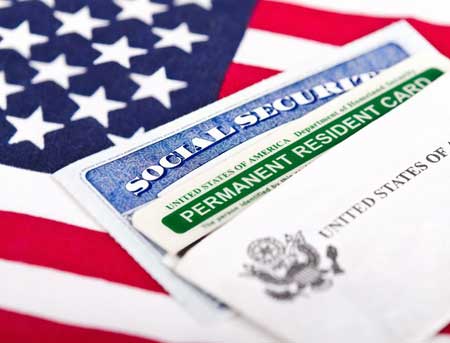 Family based Green Cards are immigrant visas reserved for relatives of US Citizens and Lawful Permanent Residents (Green Card holders). The two steps in applying for lawful permanent residence in the US (a Green Card) are i) not be inadmissible, and ii) establish eligibility within one of the categories by establishing your relationship to a qualifying relative as either a spouse, child, or parent.

Foreign nationals who are inadmissible include those with certain criminal history, diseases, and those who are likely to be a public charge. A public charge is someone who is dependent on the government. An affidavit of support from the sponsor, or a joint sponsor can allow a foreign national who otherwise has no financial means, to not be considered a public charge.

What about Relatives of Family Based Visa Applicants (Derivatives)?
When an individual is sponsored, that person might have spouses and children who they would like to bring with them. The term for such persons is “derivatives.” Only preference relatives may include spouses and children as derivatives. So, for example, if a US Citizen sponsors their parent, that parent can’t bring their children with them. On the other hand, if a US Citizen sponsors their sibling, that sibling can bring their children with them.

What are Specific Eligibility Requirements for a Spouse?
In spousal petitions, the marriage must be legal, which means that all prior marriages must have been legally terminated and the marriage must have been legal in the place of marriage. There obviously can be no fraud, which means that you cannot marry just to get the immigration benefit. And there is a 2-year conditional green card in marriages less than 2 years old at the time the beneficiary gets their green card. The condition must be removed by I-751 , either by the couple jointly, or in the event of divorce it can be done independently with more proof of bona fide marriage, or proof of abuse during the marriage.

What if my US Citizen Spouse Died?
Widows may self-petition for a green card if they were marred for at least 2 years at the time the spouse died, were not legally separated at the time of death, and the petition must be filed within 2 years of the death.

What is the Definition of a Child in Immigration Law?

There are seven classes of children as defined by immigration law, and they are as follows:

When can I Obtain Family Based Visa?

The most current US Department of State “Visa Bulletin ” will show how long people in preference relatives will have to wait to be able to apply for a green card based on their country of birth. Again, for immediate relatives, there is no priority date issue, which means that green cards are immediately available.

What are the Advantages and Limitations of Immediate and Preference Relative Petitions?